Would you really rather be happy than right? 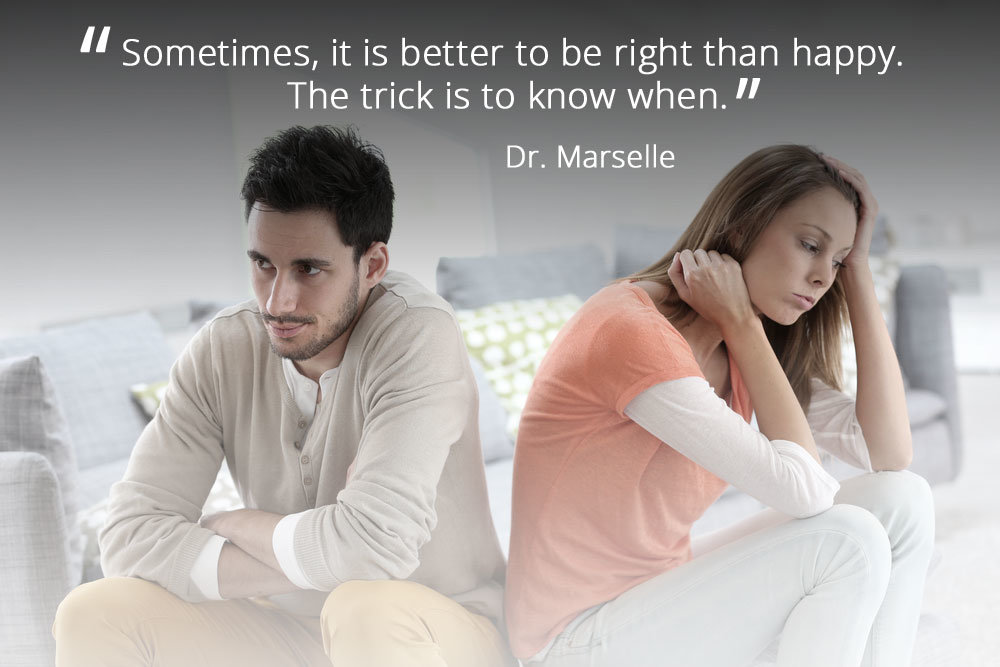 When a couple is caught up in endless bickering, one of the stock responses of a therapist is to ask, ‘would you rather be right, or be happy?’. The response is supposed to be, and usually is, ‘I’d rather be happy, obviously’. The practical importance of this insight is that the next time you’re stuck in an argument with no end in sight, you simply withdraw. You give up your insistence on being correct and instead choose happiness. While this line of reasoning is a particular staple of couples therapy, it really applies to all forms of confrontational relationships.

It’s a famous piece of advice – there’s even a song named after it – but experience tells us it’s not always so easy to implement in real life. If it was really that simple then you wouldn’t need to be told it in the first place. If you prefer A to B, then you choose A. If you keep choosing to be right rather than happy, perhaps that’s what you actually want. It’s easy to say you’d prefer to be happy, but your revealed preferences suggest otherwise. Perhaps it’s time to take a second look at this famous piece of wisdom.

Let’s start by trying to think of a situation where it really is better to be right than happy. Actually, it’s not so hard. Imagine you were a general in an army and your superiors insisted on a strategy that you know will be disastrous. If you follow it, many of the troops whom your duty it is to protect will die. Worse, the entire war effort and your country’s security might be placed in danger. Is it better to take the easy route, to nod and smile, and walk away? Obviously, the right thing to do is to fight your corner and do everything you can to communicate your point of view. even at the cost of driving yourself to distraction.

So, sometimes, it is actually better to be right than happy. The trick is to know when. The fate of a battle is important, but whether it was last Monday or Tuesday that you went shopping, is not. However, there is something more to it than that. If we look again at our example, we see that it’s not really being right that is at issue.

Imagine you’re back at that military meeting. Your superiors decide on the plan that you know will result in failure. This time, though, instead of fighting it tooth and nail, you express your opposition politely and then give way. When the inevitable disaster happens, you arrive with a big smile on your face and announce, ‘I told you so!’.

Being concerned purely with being right will not lead you into arguments. If you truly want to be correct, then you will listen carefully to what others say to make sure you haven’t missed something. If you reflect and decide that you are correct and the other person is talking nonsense, fine.

What we call ‘being right’ is not actually about possessing the truth, it’s about impressing your will on other people: making them declare you are right. So our famous question becomes slightly different, ‘would you rather be happy, or would you rather assert your power over those around you?’ If you are asking the question, you already know the answer. Sometimes, not all the time, but sometimes, what you want is to assert your power over others. Once you realize this is what is happening when you are trying to ‘be right’, you might notice it cropping up in other areas of life too.

The question is, ‘why?’ Well, that’s what therapy is for. There are many reasons why you might feel the urge to assert your dominance over people around you. Only one on one interaction with a therapist can get to the root of the problem. Once you discover that problem, real effort and commitment are required to overcome it.

After the process of healing and recovery, you’ll be in a position to choose to be happy because that’s what you truly want. 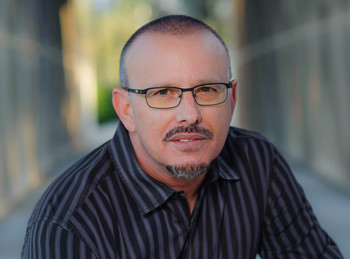 Dr. Robert Marselle earned his doctorate degree in psychology (Psy.D.) from Ryokan College in Los Angeles and his Masters in Counseling Psychology from La Jolla University. He is a licensed clinical  psychologist and a Registered Nurse (RN) in the state of California and is a certified TeleMental Health Provider by the TeleMental Health Institute, TMHI.

Online Therapy: attend therapy sessions from the comfort of your own home!

Manage Cookie Consent
To provide the best experiences, we use technologies like cookies to store and/or access device information. Consenting to these technologies will allow us to process data such as browsing behavior or unique IDs on this site. Not consenting or withdrawing consent, may adversely affect certain features and functions.
Manage options Manage services Manage vendors Read more about these purposes
View preferences
{title} {title} {title}